Are you looking for Fairtrade ingredients for the Great Derbyshire Dales Fairtrade Bake Off? Then this news might interest you: Waitrose has announced that its entire range of own-label speciality baking sugars has been switched to Fairtrade, with small-scale farmers in Mauritius set to benefit from every bag that is sold. 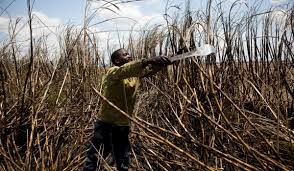 The supermarket offers seven own-label speciality sugars, ranging from golden caster sugar through to dark brown muscovado sugar. These types of sugar are frequently used in baking because of the depth of flavour that they deliver, and they are produced from sugar cane, which is grown in developing countries.

Waitrose has worked with its farmers and cooperatives in Mauritius for many years, which will now be Fairtrade. Through Fairtrade certification, these farmers have been supported to develop democratically-run organisations and to minimise their impact on the environment. For every tonne of sugar they sell on Fairtrade terms, they earn a $60 premium that can be invested as the farmers choose, in their businesses or social projects that will benefit their community.

It is estimated that the Waitrose switch will generate in the region of $115,000 in Fairtrade Premium in the first year alone. In response to the news that Waitrose would be sourcing sugar from his co-operative, Sen, a 53 year-old Mauritian farmer of three hectares, said: “I would like to thank all the people who buy Fairtrade products and I would ask them to encourage others to buy Fairtrade, because they are helping the vulnerable small farmers and their communities.”