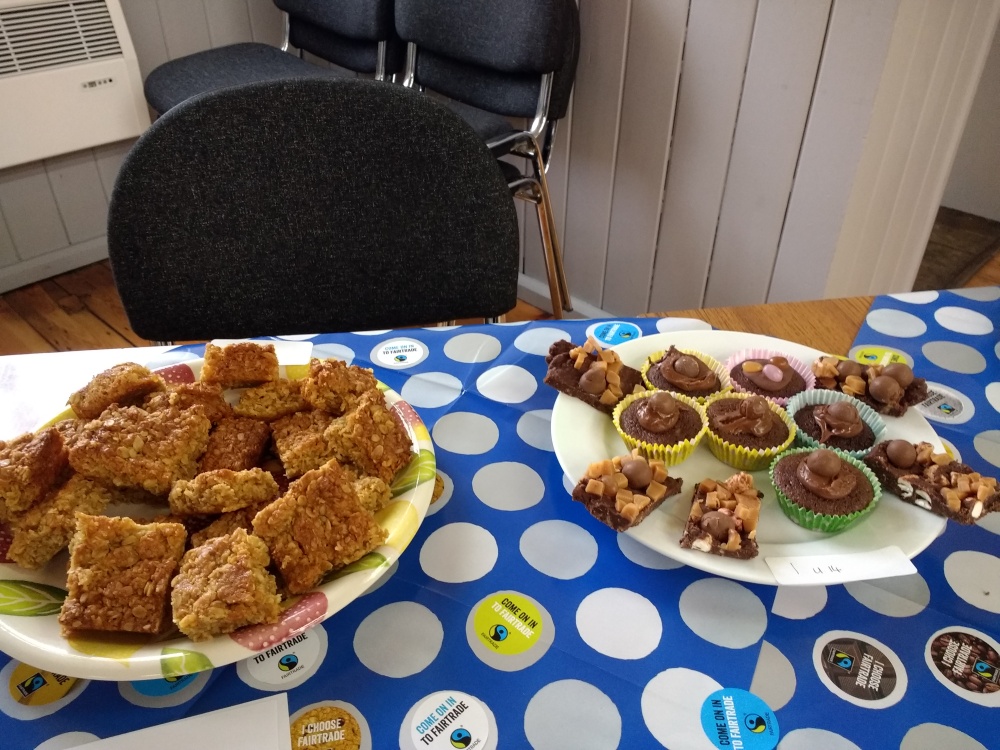 Although the Beast from the East blasted us with deep snow and freezing conditions we managed a great celebration of Fairtrade during this years Fairtrade Fortnight.

The celebrations in Matlock started at the beginning of the fortnight with an afternoons baking with Y6 pupils at St Giles Primary School followed by an assembly. The children used Fairtrade ingredients when baking and learned about the Fairtrade Mark and how Fairtrade makes a difference to producers during the assembly.

A further two days of baking at Tansley Primary School involving all year groups from Reception to Y6 led to the pupils being Fairtrade Mark spotters extraordinaire. In a lively assembly at the end of one of the baking days the children learned the story of exploitation of workers behind the Banana Boat song.

We ended the Fortnight with a brilliant market showcasing Fairtrade and local producers. Hecate Arts did a brilliant job of making the indoor market space a community space once more. Local musicians accompanied stall holders and shoppers during a lovely evening. 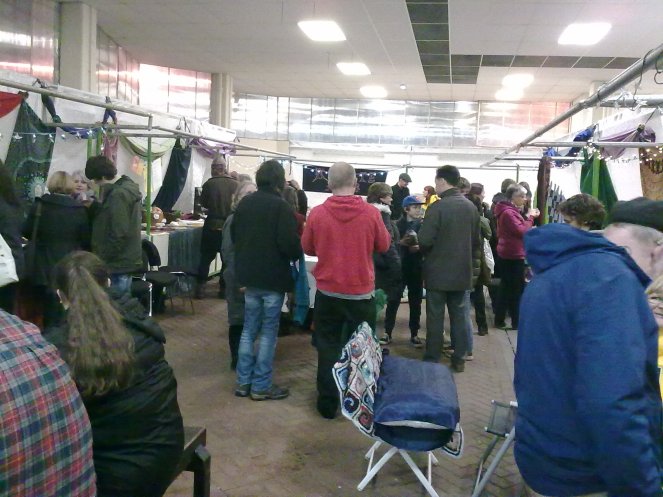 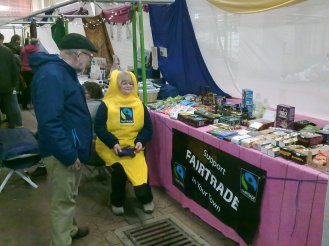 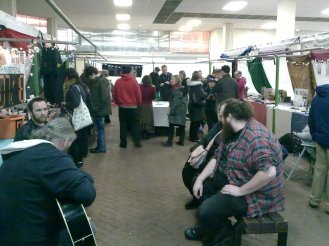 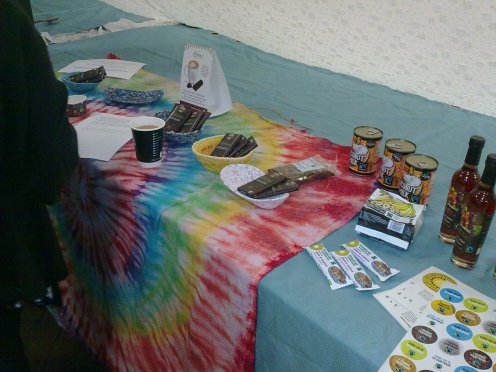 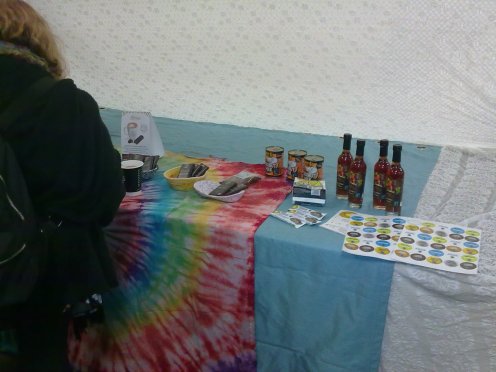 The last event of the Fortnight was a very successful coffee morning at Imperial Rooms featuring home made cakes, a bake off competition, prize winning activities and a visit from Matlock Mayor Ann Elliot. 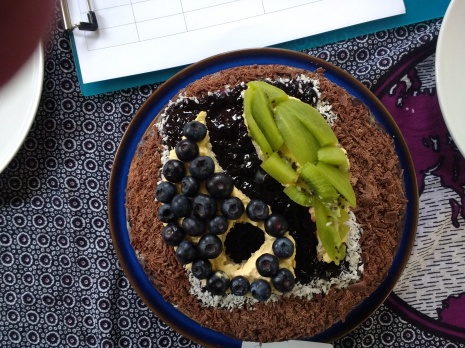 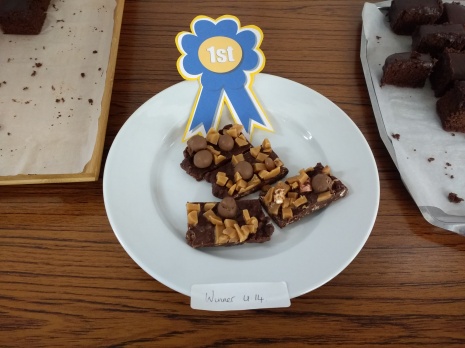 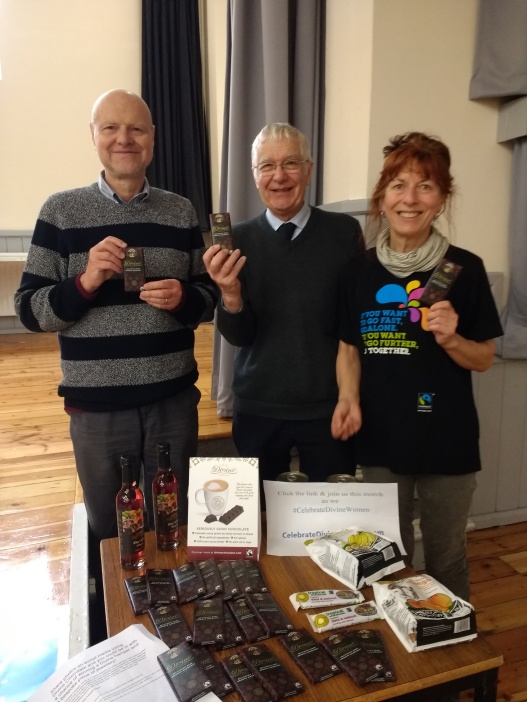 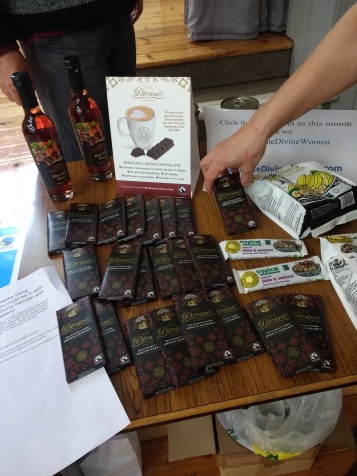 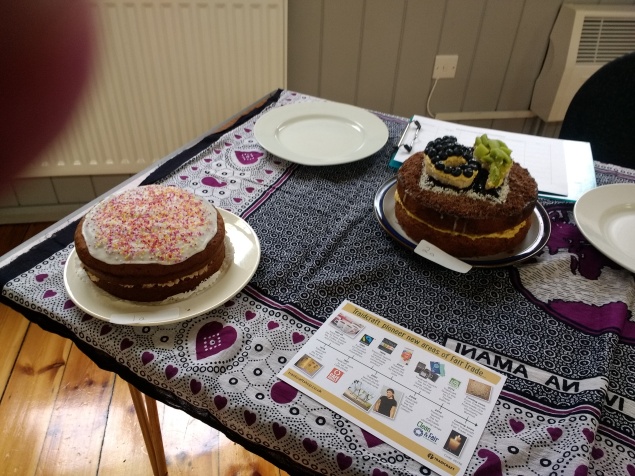